If this was Sesame Street, you could say this story is brought you by the letter F.  Why you ask?  Because the situation between China, the National Basketball Association and it sponsors seems to be revolving around words that begin with the letter F.

The most important is “freedom”.  Since last March, rallies have taken place in Hong Kong with protestors trying to protect basic civil rights that were being encroached by the Hong Kong government, acting as proxy for the Chinese government.  In short, a new bill was introduced called the Fugitive Offenders amendment bill.  If implemented the bill would allow authorities to detain and extradite fugitives who are wanted in territories with which Hong Kong does not currently have extradition agreements, specifically Taiwan and mainland China.  Citizens became immediately concerned the bill would subject them and visitors to the mainland Chinese jurisdiction and legal system, undermining the region’s autonomy and its civil liberties.

These rallies have turned into large massive protests, some as large as half million residents participating.  Some have estimated there have been as many as 800,000 protesters.  The local government with support from China have been cracking down on the protests.  Unfortunately, the Chinese do not have a Bill of Rights or any amendments like Americans enjoy like protecting freedom of speech, the right to assemble, or unlawful arrests and searches.  But do you know who would like some additional freedoms?  About 7.4 million Hong Kong residents.

Most Americans support and empathize with Hong Kong residents in their fight to maintain if not to expand citizen’s rights.  Can’t we all agree democracy is a good thing?  And most Americans would not have even thought much about the protests until the subject was brought to their door-step by a single tweet.  Houston Rockets General Manager Daryl Morey exercised his freedom of speech in early October when he tweeted his support for the pro-democracy demonstrations.

F is for “Freak Out”.  The Chinese government went nuts that an official from an NBA team would commit such heresy.  To put it in perspective, NBA games airing in China is a multi-billion dollar business, along with selling NBA-related merchandise.  Oh did I mention that one of the NBA’s biggest sponsor, Nike, makes products in China and sells merchandise to millions of Chinese.

F is for “Finances”.  To say the NBA has a vested interest in China is an understatement.  It is estimated the country accounts for 10% of the leagues revenues.  The NBA is now walking a tight-rope as they try to balance business interest and not look like they are bolstering and supporting a communist country that has a long history of abusing civil and human rights.  The NBA has been in spin-control ever-since.  It could not look any more un-American for any league officer or owner to stand-up and potentially marginalize Daryl Morey for expressing his opinion and supporting pro-democracy demonstrations.

The Chinese were quick to mount a coordinated retribution against the Rockets and the NBA, like shutting down broadcast or streaming of NBA games.  Unfortunately the Chinese know money is a weakness for many Americans when it comes to picking what is right, and what is right for the check-book.  A prime example is when LeBron James jumped into the fray saying Mr. Morey was uneducated on the subject.  What?  And yes, he was doing some of the dirty work for Nike since he is one their highest paid endorsers.

Of course many politician and fans expressed frustration and criticized the league for compromising its principles to protect the bottom-line with its halfhearted reaction.  Even retired NBA stars like Shaquille O’Neil realize freedom is more important than profits.

F is for the “future”.  Most NBA sponsors are likely insulated from having to directly get involved with the kerfuffle unless they have business dealings in China.  They will of course be strong-armed to show support for China, but I am betting most will not do it. They realize the long game, or the future, it is best to be on the side on democracy, freedom, and human rights. It is hard to envision blue-chip American consumer brands like Anheuser-Busch InBev, American Express, Frito-Lay, Gatorade and State Farm turning their back on their core market.

And with the exception of the Houston Rockets, and some other one-offs, most NBA teams have little exposure among brands in their sponsor portfolio that will be pushing the team office to outwardly support the Chinese government.

And as more time passes, this will become a distant memory for most fans.  The season has started and the focus has returned to the game.  I am sure the NBA has issued a gag-order to administrators, owners and players to keep this from flaming up again.

F is for “flipping”.  Of course if China wants to escalate the tensions with the NBA, and players insert themselves into the conversation, then the light can flip on and fans might start acting with their feet.  The one thing that brings this country together is patriotism and protecting rights and freedoms.  If a player wants to be the voice of China, then there could be repercussions. 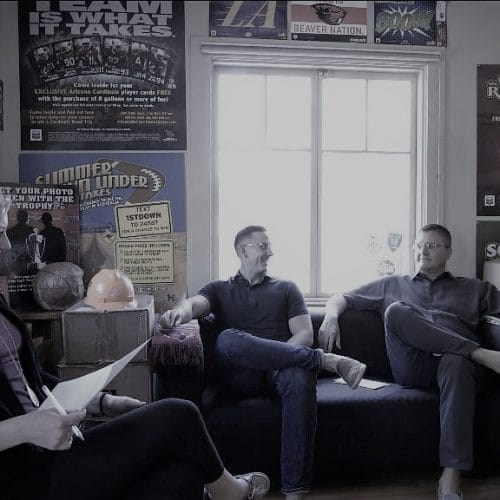 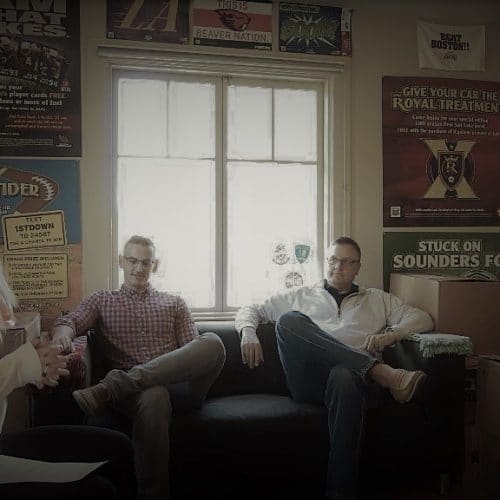